We are a caring community of people, seeking Christ in an environment of genuine worship.

To become leaders in the community, striving to demonstrate Christian values and compassion, in action and in word.

The early Methodist services in South Mountain were held in the schoolhouse, northeast of the village. Around 1860 a wooden church was erected on the site of the present church and in 1892 the present brick church was erected at a cost of $4125.  Over the years the church has undergone some changes. The bell was purchased from the church at Williamsburg in 1920. In 1929 the organ was purchased from the United Church in Prescott.

In the 1960’s the United Church at Mountain was closed and the congregations of Mountain and South Mountain were joined into one congregation that is now known as the Mountain-South Mountain United Church.  Since celebrating the 100th anniversary in 1992, this church and its people continue to worship, care, serve, and provide Christian outreach on the local, national and international levels. 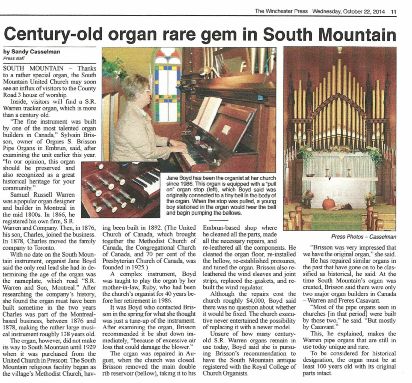 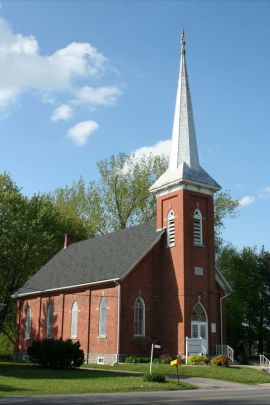